Minimum of 10 entrants for prizes to be given. There were only four participants, so there were insufficient entrants to post winners. 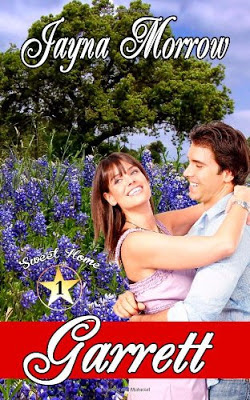 "You can make plans, but the Lord's purpose will prevail." Proverbs 19:21

What happens when you're living the dream and things suddenly change? Micara Lee's charming existence starts slipping away as land developers threaten the town she loves.


What happens when your dream doesn't align with God's plan for your life? Garrett Hearth finds out when an injury ends his athletic career. Disenchantment and wavering faith keep him from the life he desires. Micara's beautiful spirit touches Garrett's heart... but can she help restore his faith and convince him to live the life God has planned for him?


Their happiness and the legacy of Sweet Home, Texas hang in the balance.


AVAILABLE THROUGH THESE RETAILERS:


“I see you decided to show up.” The harsh words grated like a meat grinder in Garrett Hearth’s ears. They echoed with double impact in the small metal building that served as the town hall.


His brother, Gabriel, shoved a straw cowboy hat on his head and stomped in the direction of the large, glass front door. He slammed into Garrett’s shoulder as he passed—a childish gesture, but one that spoke volumes.


Garrett took a step back to absorb the shock of the aggressive move. The churlish greeting came as no surprise. Gabriel could always be counted on to let him have it, no matter what the situation or who was watching.


“Good to see you, too.” He raised his voice loud enough for others in the room to hear. He wanted to draw attention, simply because his brother disliked it, but Gabriel never looked back. Guess he wasn’t in the mood today.


Garrett didn’t understand Gabe’s animosity and he never would. Their lives were so opposite they might as well live on different planets.


He pulled his attention back to the here and now. The folks filing out of the city hall building wore a variety of expressions, from angry to nonchalant to visibly stressed. He’d missed the meeting. Not that it mattered. Most everyone in town was against him anyway. Well, he didn’t care. His property belonged to him, and he could sell it
to whomever he wanted. He didn’t owe anyone anything.


A shaft of late-afternoon light pierced his eyes as the front door opened, and he squinted. A young woman with bouncy brown hair and long, slim legs jogged out the door and caught up with Gabriel. He watched as the two talked, the woman using lots of descriptive hand gestures.


Moments later, she returned to the building more slowly than she’d left. By this time, Garrett stood in the entryway alone. She stopped in front of him, the smell of earth and flowers wafting around her, and gave him a slight smile that ruffled his soul like a warm breeze.


“I need to lock up. Are you ready to leave?” A pleasant enough voice, Garrett decided, although she looked a bit tired from this closer perspective, and she seemed a bit exasperated.


She stood in the doorway and jangled a set of keys from fingertips that sported well-chewed fingernails. Her jeans were worn in the knees and torn in places. Soil covered the tops and sides of her athletic shoes. She wore a t-shirt that read It’s Easy Being Green on the front. Rich, brown hair was pulled into a ponytail, but some of it had worked free and was tucked behind her ears. She’d clearly been working outdoors, but her beauty shone through all the dirt.


She tapped her toes, and Garrett remembered she’d asked a question.


“Yeah, I guess I missed the meeting. I better head out.”


“It was a good one. I think we’re finally starting to convince the property owners that selling out to the developers is bad news for Sweet Home. We’re already beginning to see the effects of heavy construction everywhere. Those vultures.” She pursed her lips and narrowed a pair of hazel brown eyes. Garrett stepped around her and out the door. He didn’t want to get into a debate right now.


The roof’s overhang blocked the light, making it possible to see without a glare. Her expressive eyes sparked with raw emotion, and for a moment her passion for the town almost swayed him from his resolve on the issue dividing Sweet Home—to sell or not to sell.


Progress had been creeping into the small Texas town for years. A rural area not far from Bishop, Texas, Sweet Home had drawn the attention of big-city developers. Landowners were being offered good money to sell. The situation had neighbor pitted against neighbor. For months, town meetings had tried to bring unity, but so far, the efforts had only added fuel to the fire.


“I’m sure I’ve seen you around before, but I don’t think we’ve officially met.”


The young woman’s statement refocused his mind and he noticed her ringless hand stretched out toward him. How long had he been lost in those beautiful brown eyes?


“Garrett Hearth.” Their hands made a warm connection. Hers sported a layer of dirt, which she transferred to him during the handshake, leaving his skin feeling a bit gritty.


Enthusiastic and beautiful. Too bad she was on the wrong side. That made her a beautiful bother.


“I saw you talking to my brother, Gabe. How long have you two known each other?”


Rumor had it that Gabe was involved with some dark-haired woman. One of his co-workers told him that she was a well-to-do real estate broker from Bishop. Gabe always traveled there to see her. Could this be her? For some reason, he hoped not. She looked more country than city.


“Gabe’s your brother?” Her eyes lit up like amber stars. “Then you’re another descendent of this town’s founding family!”


A sense of pride surged through him, then fell away like leaves from a tree in autumn. His ancestors had settled here long ago, and others established homesteads around them. The Hearth family had named the town. For many years, life in Sweet Home had been ideal for all residents—pure, simple country living.


Now it was time for change.


“You must be so proud of your rich heritage. What a history this area has.”


Her eyes sparkled as she looked toward the surrounding hay fields, where golden bales glowed in the early evening sun. Beyond them, a densely wooded area boasted a variety of trees—old oak, pecan, and cottonwood stood tall and majestic alongside smaller mesquite trees.


All of them slated to be cut down.


“War, drought, the Depression, flooding...this town has made it through it all.” This gal was nothing if not single-minded. “I can’t imagine anyone wanting bulldozers coming in and tearing it all down. Oh, well. We just have to keep praying.”


A big smile spread across her face, replacing the serious expression from half a second before. Garrett allowed his eyes to roam from her face to take in the rest of her. Whatever it was that she did outdoors, it must involve physical labor. Well-defined muscles in her arms flexed slightly as she turned the locks on the door. Even in work clothes, she had a classy air about her.


“Oh! Your brother.” Her ponytail bounced as she spoke. “I didn’t answer your question. I haven’t known him long. I own a small plant farm and sometimes do installs for clients. Gabriel hired me to complete his landscaping project at his house. Been working over there all day, and I’ll be there at least another two days. Lots of work.”


Thinking about the job must have made her self-conscious because she dusted her jeans and held grimy hands in front of her, fingers splayed. “I’m a mess. Barely made it to the meeting—not a chance of going home to clean up. I didn’t call the meeting this time, and it wasn’t convenient at all.”


“Don’t worry about it.” Garrett couldn’t help grinning at her sudden discomfiture. “You look great. And these old farmers and ranchers don’t give a hoot about appearances. You’re fine.”


Get your Kindle copy from Amazon here: 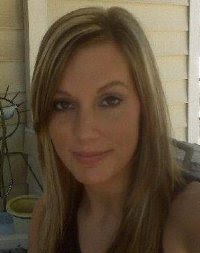 Jayna Morrow is newly published with Prism Book Group. Her first book, GARRETT, launched the Sweet Home series, with four more installments in the works. She is a member of ETWA (East Texas Writers Association) in Longview and enjoys giving workshops for writers. She is currently employed by Marshall ISD as a 4th grade reading teacher.
﻿
Posted by Lorilyn Roberts at 6:17 PM