God has laid it on my heart to highlight some up-and-coming authors who write young adult fiction. Recently I featured The Gift of Fate by Valerie King about a young female protagonist. Today I feature a book with a male protagonist in The Good Fight, by Matthew R. Horn.


I am thankful that more Christian authors are writing for twelve to eighteen year olds--we have an opportunity through Christian fiction to impact secular teenagers in a way that is often impossible with traditional nonfiction Bible stories and the Bible. Christian worldview fiction is powerful when well written. Please enjoy this short interview of Matthew R. Horn about his new book, The Good Fight.


Lorilyn: Tell me a little bit about yourself. Did you write a lot when you were young?


Matthew:  I've always had a very vivid imagination.  When I was young, my three sisters and I or my two neighbor friends would run around playing some game that we had concocted in our minds.  I could always see the ideas playing out in my head.  It probably helped me to be a writer, to never have really matured past the age of four.


I did not start writing, though, until college. Even then I only tried once or twice before giving up.  I wrote my first full book only two years ago, but when I got the desire it hit me with great force.

Lorilyn: I was curious if the protagonist in your book The Good Fight represents parts of your life and past?

Matthew:  The protagonist in The Good Fight is named Jeff.  He is not a specific representation of any part of my past, but he is a representation of how I think I would act in a similar situation.  Our pasts are very different and Jeff by nature must be much stronger in his convictions to have pulled himself up from where his parents left him.  The Lord led us to the same place but through very different paths.

Lorilyn:  How do you write fiction? Do you outline or create the story as you write?

Matthew:  I would love to answer "both," but I do create an outline before I begin.  I keep a book of notes on me most of the time to record inspirations and outline my ideas.  That being said, my outlines are always extremely vague and don't detail specific events.  They are used only as a guide to keep me on track.  I find it very difficult to not visualize my end goal when writing as if my characters know the end as well as I do and are always working toward it.
Lorilyn:  Is your book aimed at the young adult market or adults?

Matthew:  The Good Fight is aimed more at the young adult market than anything.  Jeff is pretty young and the main topics are vigilantes and fighting crime.  My hope is that the symbolism and deeper meanings I try to convey are not lost on a younger market.  My niece read this book as a book report book and I was very impressed at how much she picked up on.
Is it part of a larger series of books you are writing?

Matthew:  I had originally intended it to be a stand-alone book, although I did leave it with an open ending.  When I first signed with Brighton Publishing, they told me I should start working on the sequel right away.  The sequel, Nothing Good is Free, is currently in production at Brighton and is expected out this fall.

I also plan to complete a third book in the next year or two.  Jeff is such a great character that I think he has relevance even as he ages beyond his crime fighting days because of his experience and the role God plays in his life.
Lorilyn:  What has been the most rewarding part of writing The Good Fight?

Matthew:  Writing a book is hard enough, but finding a publisher and selling a lot of books is even harder.  The feeling of accomplishment from reaching each of these things is so empowering that it makes you feel like you can do anything.  Sometimes I wish I could see the plan the Lord has for me, but then I realize how boring that would make everything.  I have so many interests and desires and being able to do what I've done with The Good Fight makes me want to try them all.

Lorilyn:  How can people connect with you and also purchase your book?

Matthew:  The best way to connect with me is through my website www.matthewrhorn.com.  You can see all of the groups I'm involved in, link to my publisher's page, email me, stay current on news, or jump over to Facebook or Twitter.  The Good Fight is available not only from my website, but also at Amazon, Barnes and Noble, and Smashwords.

The following is a small excerpt from the Prologue of The Good Fight. Jeff is a young boy and is startled by three thugs in an alley.

"Jeff watched as the figure on the roof produced a length of rope from somewhere near his side.  The dark figure somehow secured the rope to the roof and began descending the wall above the three men.  As the figure lowered himself through the shadows and the moonlight, his fluid form changed and Jeff could not tell where he was from where he was not.
Jeff tried once more to yell out but nothing came out of his mouth.  The apparition on the wall quit moving about ten feet above the men, who had inched away from the wall and walked towards the center of the alley..."

Posted by Lorilyn Roberts at 11:55 PM No comments:

Posted by Lorilyn Roberts at 10:30 PM No comments: 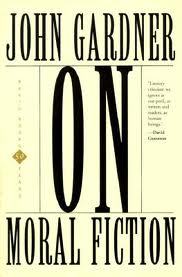 Posted by Lorilyn Roberts at 2:23 AM 3 comments:

Email ThisBlogThis!Share to TwitterShare to FacebookShare to Pinterest
Labels: analysis of art in writing, John Gardner, On Moral Fiction, redemptive art in writing

Posted by Lorilyn Roberts at 12:46 PM No comments:

The Gift of Fate
by Valerie King 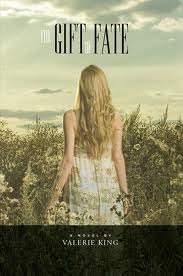 “What if you had the ability to know your fate?” That question lingered in my mind as I read The Gift of Fate. It challenged me to think, if I did, how would I live my life differently?  By the end of the book, my whole being had embraced the question in this hauntingly beautiful story which seemed more real than imagined.


If you like a story that asks profound questions, you won’t be disappointed.  The Gift of Fate is mysterious and thought-provoking. Teenagers face life and death choices and the story threads passion and love into a surprise ending. Well-written from the first person point of view, you won’t be able to put this book down. I read it in two sittings.


Want a fantasy book that doesn’t cross the line of Christian values?  Make sure you read The Gift of Fate. A book that makes me ponder deep questions long after I have finished reading it is a book that I must recommend and share with others.

Review of Children of Dreams by a Christian Pastor, Bob Saffrin

Today I received this email from a reader of my book Children of Dreams. I was moved because it was written by a Christian pastor, Bob Saffrin who just recently returned from India. So many children, no many needs. What we could do if more Christian families would choose adoption, or even sponsor a child through World Vision. 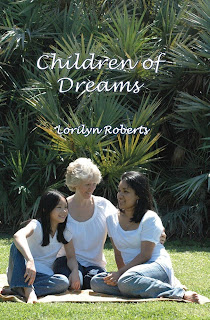 Lorilyn,
I read your book “Children of Dreams” on the 20+ hour plane ride to India. I thought it would be a book that appealed more to women but I wanted to read it because I am trying to read stuff that will help me be a better author. I was surprised. I think it is the best book I have read in as long as I can remember! I was so touched by your struggles to have a family and how well you related it all to God’s own efforts to have a family. Mercy is not my giftedness but I have been on many trips with “moms” who cry over little naked village children with no hope and no future. They cry as we get into our rented SUV and drive off, leaving them behind.

This year I met a 12 year old boy who worked in a brick yard making bricks by hand by filling a wooden mold with mud. He had no family, his mother just dropped him off there when he was 5 because she couldn’t feed him. I asked him how much money he made. He said he had to make 1000 bricks a day. It took him 12 hours, 7 days a week and he made 5 rupees a day (10c) and also they gave him rice. This boy was a virtual slave and I stood there and there was nothing I could do. I made friends with him, had him teach me how to make bricks, and introduced him to Jesus but in the end I got in the car and drove away. I was touched as I read your book to hear of two little girls who God rescued from the darkness and the hopelessness. I wish every woman that is considering an abortion could read your book.  I’m so glad that in your book you recognized that they truly are children of dreams but they aren’t your dreams, they are God’s. You just got to go along for the ride. Little by little I’m learning to let go of my dreams and connect with God’s dreams for my life.
Some of the cultural issues you dealt with in Nepal reminded me of India. In India unless you are in a major city there is no such thing as TP. If you ask they don’t even know what you are talking about. When I meet with new team members for India I usually tell them they can bring their own or I will have it for sale for $1.00 a sheet. It seems that God has given you and I a similar call to adventure. By the way, I looked at your Facebook photos because I wanted to see Manisha and Joy and I discovered that you and I share the same birthday – Oct 17th. J
Posted by Lorilyn Roberts at 10:33 PM No comments:

Posted by Lorilyn Roberts at 12:54 AM No comments: