Four years ago, Andy Smithson discovered he is the Chosen one to break a 500-yr-old curse plaguing the land of Oomaldee when he unexpectedly and mysteriously found himself there.

To do so, he must collect ingredients for a magical potion. Thus far he has gathered the scale of a red dragon, venom from a giant serpent, a unicorn’s horn, and the tail feather of a phoenix. Now he must ask a griffin for one of its talons. There’s just one problem...humans have poached griffin treasure, causing these mythical creatures to attack on sight.

Complicating matters, the evil Abaddon, sovereign of Oomaldee’s northern neighbor, is turning more and more citizens into zolt in his ongoing campaign of terror as he sets in motion the final steps of his plan to conquer the land. Things really start to heat up in book five!

I'm always interested in books where authors have put a lot of thought into the story, building a world that has symbolism and meaning beyond just entertainment. I found Linda's comments here enlightening.

If you’re an adult looking for a clean series you can sink your teeth into, Andy Smithson is definitely it! In it I develop four layers simultaneously:

1) Andy Smithson in Lakehills, TX
2) Andy in Oomaldee
3) The Afterlife
4) A meaning layer. A few examples to demonstrate the depth...

The fog of the curse symbolizes blindness and oppression.

The magic key unlocks doors, brings stone statues to life, as well as revives. Put another way, it symbolizes bringing forth, opening up, and revealing (aka taking responsibility).

Methuselah is not only a weapon and helper, but also represents justice as it divides good and evil. Consistent with life, justice requires diligence to uphold.

Names are also important in this series (a few examples):

Alchemy used throughout the series (a few examples):

Alchemy played a significant role in the development of modern science. Alchemists sought to transform base metals into the gold or silver and/or develop an elixir of life which would confer youth and longevity and even immortality.

In the series, the first instance of alchemy begins with the gold weavers, Max, Oscar, and Henry, spinning straw into gold to manufacture the wealth of the kingdom.

The four elementals: air, earth, fire, and water are then seen on Methuselah’s hilt.

The titles of the books manifest yet another layer of meaning and reveal Imogenia’s evolution.

Beginning with Blast of the Dragon’s Fury, Imogenia is furious at what has happened to her and she fuels her emotional hurt.

In Venom of the Serpent’s Cunning, Imogenia turns venomous (or spiteful) and cunning in seeking ways to continually punish her brother.

Disgrace of the Unicorn’s Honor has Imogenia act in a manner disgraceful to the honor of royalty.

In Resurrection of the Phoenix’s Grace we see Imogenia’s grace reborn as she begins to reflect.

In Vision of the Griffin’s Heart, Imogenia realizes she is gripped by hatred and distrust she has harbored for so long. Unlike griffins who choose to trust others, Imogenia cannot yet make that leap when it comes to her brother.

You can learn more about L.W.R. Lee and her Christian fantasy series at http://www.lrwlee.com/

You can purchase Vision of the Griffin's Heart, Andy Smithson, Book 5 here.
Posted by Lorilyn Roberts at 4:00 AM 1 comment:

I can honestly say that The Door is unlike any book I've ever read before ​though it is vaguely reminiscent of The Chronicles of Narnia. Speaking as one who is easily confused by time travel in any form, I am pleased to say that I had no trouble at all understanding what (and when) events were taking place. On the contrary, I truly enjoyed the style of the tale.

In the beginning, I found myself shadowing a teenage girl who had far more problems that she did friends. In the depths of my heart, I could identify with her loneliness and her struggle to find her place in the world. As the reader, I ached to hold her and assure her that she wasn't alone, but fortunately, the author did much more.

Through an accident, the young girl is transported back to Jerusalem in the time of Christ. After hearing multiple stories about "The King,” Shale decides to risk everything and expose the dirty secret she'd been holding back her entire life. During her journey to meet the King, Shale encounters many Biblical characters such as the maniac of Gadara and even takes place in some of the miracles of the New Testament. This walk through the Biblical past was so refreshing and eye-opening. By mixing the present with the past, the truths of the Bible came alive in entirely new ways, urging me to drink in more of what the Scriptures have to offer.

The author has woven a beautiful tale of love and forgiveness, of grace and mercy. With detailed, realistic characters and true-to-life Biblical accounts, this book is a must read for young adults (and older ones, as well). 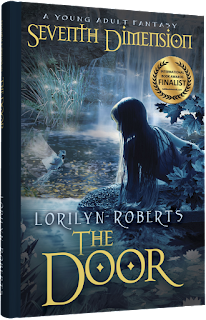 Seventh Dimension - The Door is available for Free on Amazon Kindle and Barnes & Noble Nook. You can also get it for free on Smashwords here. 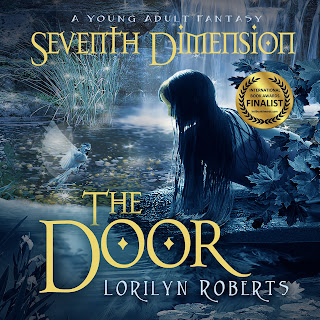 Like audiobooks? You can now get Seventh Dimension - The Door in audiobook. The nonfiction companion book Am I Okay, God is also available as an audiobook. Just click here. 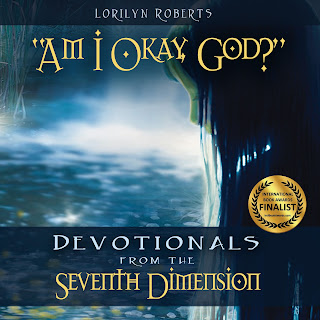 Visit my website at http://lorilynroberts.com/seventhdimensionthedoor.html for a special 40% off offer on a print version.

You can visit Dana Rongione's website by clicking here.
Posted by Lorilyn Roberts at 6:30 PM No comments:

What Do I Call Writing Success?

Writing success for me is knowing I’ve written what God has called me to write. #amwriting #John316author #CR4U pic.twitter.com/IayA9iP4tP
— Lorilyn Roberts (@LorilynRoberts) January 1, 2016

Posted by Lorilyn Roberts at 2:24 AM No comments: