Pray for the People in Nepal Following the Earthquake

My heart goes out to Nepal. I can't imagine the suffering. Nepal is poor and does not have the infrastructure or resources to deal with anything like this. The epicenter was between Pokara and Kathmandu. These are the two cities Joy and I visited when we took Christian books to orphans last October. I have read reports Durbar Square was completely shattered. Below I have posted pictures from our trip -- from Durbar Square, Pokhara and Kathmandu.


I received an email from Ram and he said his family and house are fine, as well as the church. Joy and I stayed with his family for part of the time while we were there. They have adopted ten or eleven orphans. I don't know if they know about the other 130 or so other adopted children in Child Hope International homes around the country. Please continue to pray. World Vision is collecting donations if you want to help.

Posted by Lorilyn Roberts at 8:10 PM No comments: Links to this post


Some of you might already know me (Emma Right) but for those new to my series, I’ll just recap about myself and the children/ young adult books I write.

First, I’m a homeschool mother. I have been doing it for about two decades now. Started when my son, now happily married and working, was only three. I still have four more under our roof and our youngest is ten. So probably another eight more years to go before the homeschool journey ends. Phew! It’s been a long road (but with many happy memories).

Why did I start writing?

We did a lot of read-aloud through the school years and I’d found that my children not only enjoyed this time together but I, too, looked forward to the discussions and the moments we talked about some of the characters and plots of the books I’d read to them. Sometimes I’d read the whole book to the children. Other times, I’d ask them to read parts. It was fun and gave them a chance to put on different voices as they pretended they were whatever character they were reading.

I actually wrote two of my series as a read-aloud—the Keeper of Reign Series, and now the Princesses Of Chadwick Castle Series.

Why a read-aloud series?

After about a decade of reading aloud we ran out of good books to read. Don’t get me wrong, there are thousands still available but most were not written for young adults (10-17) and some were just too “heavy”. Also, even though I enjoyed the classics, not all children, especially since our children live in a different era from us, and are used to fast-paced stories, can bear to listen to pages of Dickens’ description of fog in Bleak House, for instance.

So I thought of writing stories for our kids. They enjoyed them, and so I wrote more. Just kiddie stuff –ones I wouldn’t even dream of publishing. But this gave fruit to my first series, Keeper of Reign, (free now on Amazon as a download) and the rest, as they say, is history.

How the Princesses Of Chadwick Castle came to be?

Fast forward six years later (last year) and suddenly “Princess” themes became popular. To be honest I’m a bit partial to princess-type stories myself. I’d also been hooked on the Downton Abbey Series—not recommended for children, but interesting for adults. Thus my writing a princess tale about two royal sisters living in a 19th Century castle in England. It’s a sort of a Downton Abbey for girls minus all the “R” rated drama. But there’s still drama in it, of course. And adventure. But still, at the back of my mind, I wanted this to be a book a mother, or father, could read to her children (ages 6-12) and have all the listening kids enjoy the fast pace mystery.

But was a historical adventure “princessey” tale enough? Even with all the mystery and intrigue?

I didn’t want to just write a chapter book. I wanted it such that moms and their kids could look at pictures too as the story unfolded—sort of like a cross between a chapter book (novella for kids) and a picture book, so both the eleven-year old and the seven-year old could enjoy the reading at the same time.

I’d always loved artwork, pieces from master artists that graced the walls of museums. We have several of those Art books lying around the house. Some of the images though were inappropriate for children. Also, I wanted the kids to have exposure to good art, not just splashes of oil paint people throw on a canvas.

The process of creating the Princess Castle Series

So I started scouring Google images for art that have entered the public domain. And I mean hundreds of hours of scouring! I pinned them on Pinterest and when I was ready, I combed through the pinned artwork and picked those that could be interwoven into my princess stories. Then I reworked the tale so the pictures could make sense and gel with the words on the pages, too. But I didn’t just use the art pieces whole—although I did for some of them.

Most of the paintings were cropped and I’d capture the details of a sleeve, or the hem of a brocade gown, or a finger pointing, or a fallen tiara. You get the picture? (Pun, intended). I wanted the readers to see the pain and attentiveness the artists had gone through to give them the art.

Truly, I hope young readers and their moms, or dads, or teachers, reading to them, can appreciate the art pieces. At the end of each book I also feature an artist.

It was a painstaking process procuring the right images and the getting the image sizes correct and so forth. But perhaps, long after the story may have lost its charm—through over reading hopefully—the art work could still hold appeal, and inspire the children.

However, because I’ve grown to love the characters of the two princesses, Elle and Belle, I’ve started on a second series that will hold its own set of mystery and intrigue. While the Princess Castle Series deals with art and the end of each book introduce readers to a particular artist, the second series will have write-ups on ballet stories—like Giselle and Swan Lake, et cetera.

Also, I realize as a relatively new author, readers might be hesitant to invest in the Princess Castle Books. So I’ve made it easy for everyone. The first book, While Princesses Sleep, is available for download in three formats (Kindle, Nook and pdf) if you go to the emmaright.com site; the second book, Beaded Dresses Mystery, is free for three days in April on Amazon, and the third book, Lady With the Circlet, will be gifted to all entrants in the Kindle Fire HD Giveaway I am hosting this month. (Check the giveaway link below to win a Kindle Fire HD).

In case you don’t have time to read aloud—consider this free alternative.
I am excited about the audio book for the first book, While Princesses Sleep. It was professionally read by a British voiceover artist. The story, after all, is set in an English 19th century castle. For those who write me a review be sure to email me and I will send you the MP3 recording for free! I hope the children will enjoy this feature. They can listen and follow the story with their book—ebook or paperback.

There are eight books in all. It’d only take thirty minutes for moms to read each one. Maybe slightly longer if they dwelled on the pictures.

The Princesses Of Chadwick Castle Adventure is an eight-book series set in 19th century England. The adventure revolves around the sisters, Elle, age 12, and Belle, 10. It’s great for readers who love Cinderella-type fairy tales and European princess stories.

While Princesses Sleep opens with the Princess Elle discovering a strange sound in the night. Curious, she determines the reason for these mysterious noises and starts the adventure with her sister, Belle. Something is afoot at the castle and they must find out what this is. However, finding the truth behind the secrets they stumble upon leads them to strange answers? What sort of trouble will the princesses get themselves into? 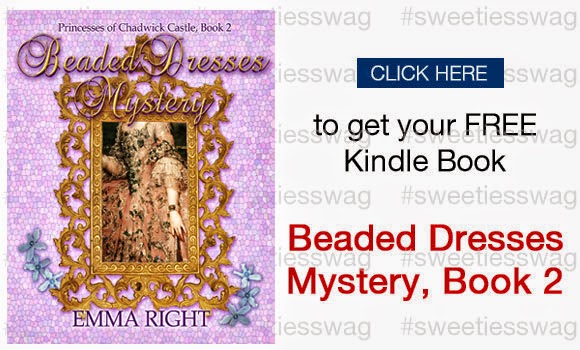 Titles in The Princesses of Chadwick Castle Adventure Mystery Series

Win a Kindle Fire HD here! http://emmaright.com/giveaways/kindle-fire-hd-giveaway
Emmaright.com
Get a free Book 1!
Get free bookmarks and postcards!
Where to get the ebooks on Amazon.
Only paperbacks available on Barnes and Noble
Leave A Review! (Amazon) For While Princesses Sleep
Leave A review (Barnes and Noble)
Facebook: https://www.facebook.com/emma.right.author

Several of Emma Right's books have won awards. Before having children Emma Right was a copywriter for two major advertising companies and won several international copywriting awards.
Posted by Lorilyn Roberts at 2:19 AM No comments: Links to this post

Love God and Others: First Fruits - The Passion of "Seventh Dimension -...

Love God and Others: First Fruits - The Passion of "Seventh Dimension -...:  by Lorilyn Roberts I am writing this the day before Easter. I have to confess, I have a hard time now referring to Easter as the day... 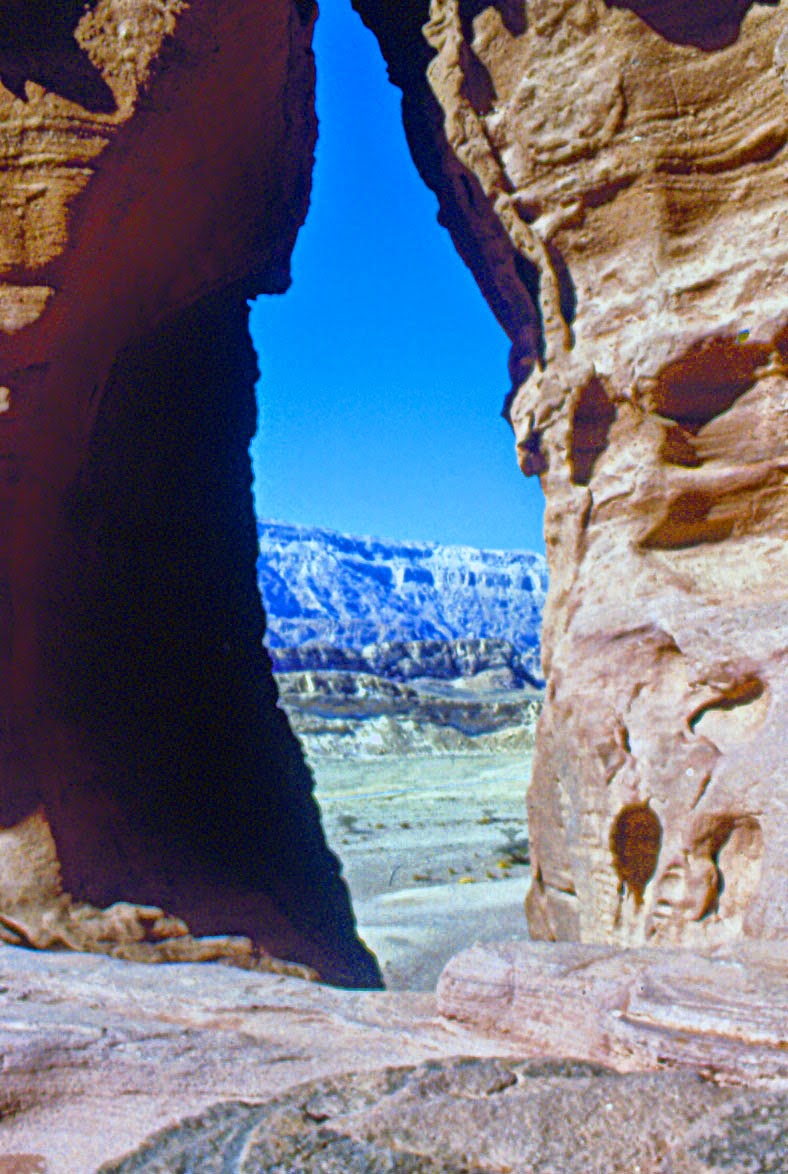 Posted by Lorilyn Roberts at 4:08 PM No comments: Links to this post