Socialism and the Ten Virgins

“An economics professor at a local college made a statement that he had never failed a single student before, but had failed an entire class.

The second test average was a D!

No one was happy.

When the third test rolled around, the average was an F.

The scores never increased as bickering, blame and name-calling all resulted in hard feelings and no one would study for the benefit of anyone else.

All failed, to their great surprise, and the professor told them, “Socialism would also ultimately fail because when the reward is great, the effort to succeed is great but when government takes all the reward away, no one will try or want to succeed.

It cannot be any simpler than that.”

The above story quoted from several sources on the Internet may be spurious but it's an interesting analogy on the mechanics of socialism. None of us are so "Godly and self-sacrificing" that we are willing to work our behinds off for the welfare of the State without regard to our own personal sacrifice and what the cost is to ourselves. Socialism takes away the hard-work ethic that Americans historically have been known for and equalizes available resources for “the good of all.”


Socialism runs counter to my Christian beliefs because my freedom and ability to choose have been taken from me and what’s “good for all” has been forced on me by a godless government. The government is not wise enough to make the choice about what is best for me or my family, and when they rob from me to give what is rightfully mine to someone else, most of the surplus ends up in the pockets of those who least deserve it.


In the Parable of the Ten Virgins, found in Matthew 25:1-13, the five young women who brought extra containers of oil for their lamps were not "forced" to share with those who didn't. Why? Because there would not have been enough "capital" or oil available to take care of everyone who came to meet the bridegroom.


The five virgins without sufficient oil were not disabled—they could talk, walk, think, and reason, and it is implied by the context they could take care of themselves. Jesus called them "unwise." The wise virgins instructed them to “go to those who sell oil and buy some for yourselves.” Implicit in the story is a free market economy where there are resources available to be bought, showing that the foolish virgins could have bought some earlier but didn’t.


The foolish maidens preferred to depend on handouts from the wise who had planned ahead, much like many today are looking for the government to take care of them in the form of bailouts for fiscal mismanagement; free money for cars, houses, and education; entitlements for government welfare; funding social issues like abortion; and now free health insurance that could bankrupt our country.


Jesus admonished us to help the poor, saying they would always be with us, the thought being, no matter what a nation does to equalize wealth, it goes counter to God’s natural law. Everyone is not guaranteed the ability to own a home, have health insurance, or whatever else our government decides should be funded by those who have more. The government will end up robbing its citizens to pay for what is not affordable. Socialism is not sustainable because fewer and fewer will be able to survive economically at a high enough level to provide for those who are unwilling. Many will be duped into thinking they can’t to validate our government’s desire for ultimate control. The whole system will collapse into its own waste of misallocated resources and broken dreams. .


Too many of our young people have been hoodwinked into believing they are entitled to “more.” Someone insisted in response to my arguments on Facebook, "the government is going to take care of me.” Good luck with that thought. The problem is somebody has to pay. In the end, we all pay because we all suffer when the truly poor suffer, and there will be more who are truly poor. When limited resources are squandered by propping up those who deserve to fail and the available capital is used by the government to equalize all there is, everyone suffers. We see this now and will see more of it because we are now using capital that doesn't exist.


The future earnings of our children, borrowed money from other countries, fiat money created by our government, our Social Security, and probably, eventually, our retirement accounts, will be used to fund our fiscal irresponsibility. There will be a continued shrinking of the private sector as the government takes over more and more of the economy. A day of reckoning is coming. God’s law is a natural law. Those who have been deceived will receive their just reward.


As in the parable of the Ten Virgins, the wise virgins had enough oil and those who were foolish didn't. Those who seek the truth will be prepared. God said in the end times He would send a strong delusion. I see a lack of discernment everywhere; sadly, most of all in our young people. Too many of them have bought into the lies fed to them by the educational system and powerful bureaucrats in Washington. I blame both the Democrats and Republicans. In many ways, I hardly even see a difference between them except when it comes to the issue of abortion. I wonder if they do not know history or if it’s just easier to believe the delusion rather than to seek the truth. Even Pontius Pilate, who represented the powerful Roman government, asked "What is Truth?" as the Author of Truth, Jesus Christ, stood before him. The question is, do you know?


I implore you to seek the truth while it can still be found. Who knows when the last bastion of freedom of information will be taken from us. In China, much of their news is filtered by the government. There the Google search engines remove “propaganda” the government doesn’t want the masses to know. In Russia, South Korea, and Vietnam, Christians are imprisoned and martyred for speaking the truth; and now in Europe, Islam is the fastest growing ethnic minority and Sharia law is becoming the norm. The Muslims make it no secret what their agenda is by their attacks on our country, our faith, and our way of life. How long are we going to be in denial of the truth for the sake of political correctness?


While the government may think Freddie Mac, Fannie Mae, AIG, and others are “too big to fail,” perhaps they don’t realize a free United States is not too big to fail. It is not even a question if you have enough oil. Don’t blink or you might miss the bridegroom. It is happening that fast!
Posted by Lorilyn Roberts at 5:58 PM No comments:

Email ThisBlogThis!Share to TwitterShare to FacebookShare to Pinterest
Labels: economics, Parable of the Ten Virgins, socialism, What is Truth

How to Write a Memoir in Twelve Easy Steps 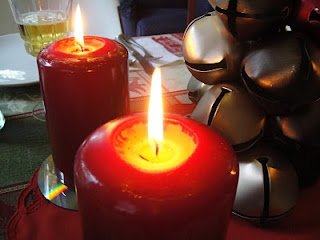 All of us have lived through dramatic times of ecstasy and pain. For the sensitive and sensate person, memories of these events are etched in the psyche and have molded us into who we are. A memoir is a way to touch at the heart of those feelings and allow them to be shared with others.

So how do I get started, you may ask? Here are twelve steps I followed in writing my memoir of adoption in Children of Dreams.

1. A memoir should have a beginning, a middle, and an end. There should be a problem, a conflict, and a resolution.

2. It might be helpful to pull out old pictures, diaries, and objects to bring to memory the experiences you are writing. If possible, go to the scene and relive the events in your mind.

3. Allow your feelings to flow freely from your mind and heart—they may be painful, terrifying, hurtful, crazy, or not understood, but to write a good memoir, you must bring the buried nemeses to the surface and write with passion.

4. Listen to music that will transport you from your surroundings to the time and place of the memoir. I like classical music, but anything that stirs your emotions and allows your mind to be absorbed back into that moment will work.

5. Don't do any major editing until you've written all that you can remember. Worry later about clean-up. If you edit too soon, you may change something that is important.

6. Expect to feel like you are going crazy. Your feelings may create powerful emotions that are buried deep, but when you write those hidden passions and distorted thoughts on paper, it can be cathartic. The story may even write itself and come to a resolution you never thought possible.

7. Make sure you validate facts. A memoir is based on truth, so dates, times, names, people, and sequence of events are important. Otherwise, your credibility may come into question if something you have written is shown not to be true. It may be necessary to change names or locations, and this is acceptable provided you put a disclaimer at the beginning.

8. A good memoir is rich in color—metaphors, similes, descriptions, dialogue, and feelings will make your memoir come alive.

9. After you've written around one hundred pages, take some time to reflect on what you have said. Then put it aside for a few days, don't look at it, and come back and re read it. It will be easier to spot things that need to be revised or rewritten. Save deletions for later.

10. Be kind to yourself. Writing a memoir is a very personal, gut-wrenching journey.

11. After you have written the rough draft and edited it as much as you can, including deletions, give your memoir to some trusted friends for feedback. You may see a pattern in their comments, and that's a good indication of what needs further revision. Don't be shy and seek a professional editor if needed.

Why write a memoir, you may ask?

First, the memories are important to you. The intimate details will soon be forgotten if they are not written down. The memoir validates your experience and gives meaning to your life. Your memories become a treasured journey for others to learn from and enjoy.

A memoir can be a gift to your children, your parents, your friends, your country, and the world. Only you can tell the story that you've been given, and other people's lives will be enriched. Most of all, if you're like me, you will be set free from the past and empowered to write your next story.

You will be changed and healed in ways that would not have been possible without writing your story. Having gone through the journey twice, you will be wiser. Perhaps you will touch others in a way you couldn’t have imagined because the “gestalt” of your experience is universal. Most importantly, you will have accomplished what you set out to do, and that is to write your memoir.

I say it again, never give up. It will be worth it when you have finished.
Posted by Lorilyn Roberts at 2:42 AM 2 comments: