Does God Allow Others to Take Away Our Dreams

Excerpt from Children of Dreams by Lorilyn Roberts 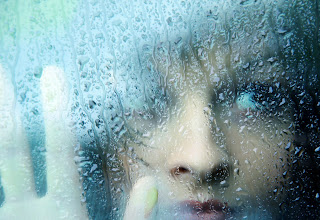 …the children of the promise
Romans 9:8

“I took away her dreams,” my husband told the judge on September 4, 1986. Humanly speaking, he might have thought so. In John 8:44, Satan is described as the “Father of lies.” Satan’s desire was to destroy me, to make me doubt God’s love and goodness. In my pain, I believed a lie, much like the children believed Aslan was dead in The Lion, the Witch, and the Wardrobe.

But there is a higher law, a law that governs the universe, that supersedes every human sin and evil that attempts to corrupt God’s perfection. Our heavenly Father, who is full of grace and mercy, works out His purposes despite the evil one that lurks in the shadows. No human being has the power to thwart God’s ultimate plan. He works in spite of the prince of this world and uses everything for His glory. Nothing is ever wasted, whether it is disease, affliction, corruption, greed, lies, or betrayal. Jesus is our ultimate example of being perfect and commanded us in Matthew 5:48 to “Be perfect, even as your heavenly Father in heaven is perfect.” 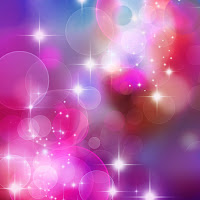 God’s incredible love for us is even more astounding when one considers He was under no obligation to adopt us. He could have treated us as angels, making us spiritually alive through regeneration, and justifying us under the law through His death and resurrection. (Wayne Grudem, Systematic Theology, Grand Rapids, Mich, 1994, 738-739) But to adopt us and call us His children, to call Himself our Father, displays an intimacy in our relationship that defies, in my limited understanding, all logic. Why would the Creator of the universe want to be our Father? Even Albert Einstein, for all his genius, could not understand God as a personal God. (Hugh Ross, Ph.D., The Creator and the Cosmos, Colorado Springs, Col: Navpress, 2001, 75.)

Just as I signed a contract and made a down payment to adopt my children before I left for Nepal and Vietnam, God has given us “His Spirit as a deposit, guaranteeing what is to come” (2 Corinthians 1:22).

On July 26, 2000, we made a memorable trip to the Alachua County Courthouse to finalize Joy’s adoption. A few years earlier, I had taken Manisha to the same place to finalize hers. Both of my children’s adoption decrees are now sealed and kept safe, just as my adoption paper is sealed in heaven, waiting for Jesus to open and reveal my inheritance.

I renamed my children Hope and Joy, and God promises to give us a new name, “known only to him who receives it” (Rev 2:17). The adoption of my children represents a foreshadowing of what God has in store for all of us.

Much of the meaning of being a child of God has yet to be revealed because it’s in the future. It is hard to comprehend the King giving me heavenly possessions that will never break, become outdated, cost too much, get lost, or that I don’t have to return because they are defective. In my limited understanding, I have tried to imagine a world where there will be “no more death or mourning or crying or pain” (Rev 21:4); where the dwelling of God will be among us and He will wipe away every tear (Rev 21:4); where every kind of precious stone forms the foundation of the heavenly city which is paved in gold (Rev 21:19).

How can we envision perfection when all we have known is imperfection? God longs to be our Father, to share His inheritance with us, just as I longed to be an orphan’s mother. God planned us to be part of His family from the foundations of the world. He made us for His glory and “set eternity in the hearts of men” (Ecc 3:11). He will give us new bodies that will never grow old or die, but will be raised imperishable (I Cor 15:42).

I am sure if I told my children, “You can go back to Vietnam or Nepal and live your former way of life before I adopted you,” they would turn it down. Why would they want to go back to depravity and worms and hunger? In our heavenly home, the old order of things will have passed away (Rev 21:4) and the former things will not be remembered (Isaiah 65:17).

Before I adopted my two beautiful daughters, it was hard to imagine what it would like to be a mother. I dreamed about little girls and birthday parties, Christmas trees and toys, bear hugs and butterfly kisses, and my name transformed into the magical word “Mommy.” Through prayer and God’s faithfulness, what seemed impossible became real. And so it will be someday with us and our heavenly Father. 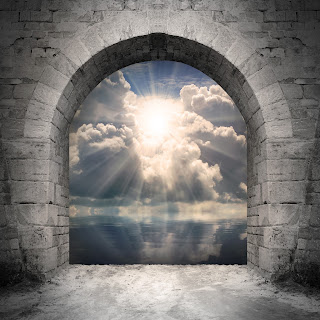 Hebrews 11:1 says that “Faith is being sure of what we hope for and certain of what we do not see.” God knows how we are formed and remembers we are dust (Psalm 103:14). Jesus said when we pray, to call God “Our Father.” The Spirit testifies with our spirit that we are God’s children (Romans 8:16). God compares Himself to a father having compassion on his children. (Psalms 103:13). Our heavenly Father loved us so much that He gave us His only begotten Son (John 3:16), and He has made us heirs of God and co-heirs with Christ (Romans 8:17). Even creation itself will be liberated when we are brought into the glorious freedom of the children of God (Romans 8:21). Through adoption, God gave me my “Children of Dreams” and quenched the desires of my heart (Psalms 37:4). With God, our heavenly Father, before the foundations of the world, He made us His “Children of Promise.” (Romans 9:8 and Galatians 4:28)

Here is the new song they sang.
“You are worthy to take the scroll
and break open its seals. 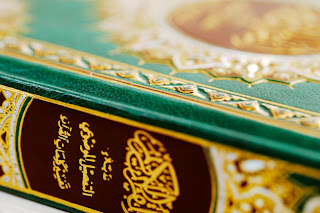 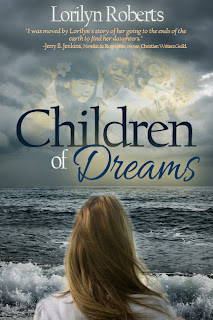 Children of Dreams is being showcased by the John 3:16 Marketing Network as part of their August Book Launch Event. Be sure to visit http://bit.ly/Christian_Books for a chance to win a Kindle, a $25 gift card and a $10 Starbucks card, as well as purchase Children of Dreams. 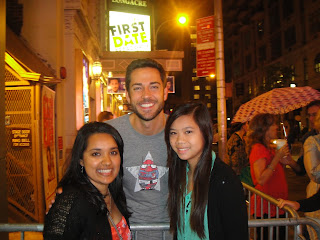 
Lorilyn is the founder of the John 316 Marketing Network, a network of Christian authors who are passionate about promoting books with a Christian worldview.