Dr. Brian Simmons on the Book of Revelation - Are His Interpretations Biblical? 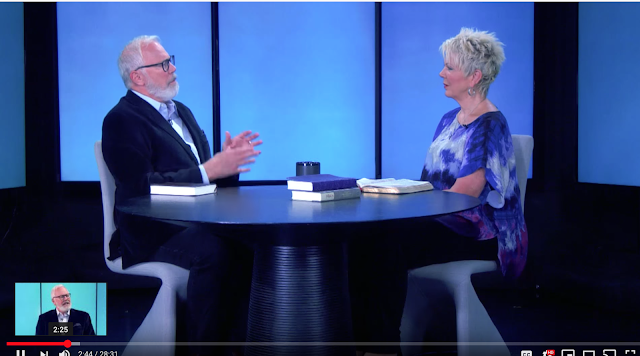 I watched this video because a friend asked me to listen to Dr. Brian Simmons’ interpretation of Revelation. While I don’t have a firm grasp on Simmons’ beliefs about salvation (if they comport with traditional Christianity), after watching this YouTube video, I must say his teachings on the book of Revelation are strange and unscriptural. Do not be deceived by his allegorical interpretations.

I posted the link to the video here not to promote Simmons' teachings, but to point out how important it is that we weigh what anyone says, including a teacher with a doctorate in theology, with what the Bible teaches. While I don’t have Simmons’ qualifications, I am a student of the Bible and feel compelled to point out some of the flaws Simmons presents in his interpretation of the book of Revelation.

I might also add, for those who don’t know me, I have never posted anything similar to this. I might have differing opinions with a biblical scholar or teacher, but I’m always reluctant to point those differences out publicly. However, after perusing the dozens of comments on this video, I noted that many were shaken by what Simmons said and most doubted and questioned his interpretations.

I’ll begin with Simmons’ comments on “antichrist.” He says the word “antichrist” is never used in the book of Revelation, suggesting that there is no “antichrist.” One only has to look at the historical record to see there have been many antichrists. However, there is one man who will be the antichrist—referred to by many names in the Bible other than antichrist, e.g., “son of perdition” and “the man of lawlessness,” just to name two.

Concerning the antichrist, Simmons said the article “the” is never used before the word “antichrist.” The Bible is amazingly consistent. Messiah means “Anointed One,” without the word “the” attached to it. This is especially important when one considers that “anti” also means, according to Merriam-Webster, “the one who is opposed.” 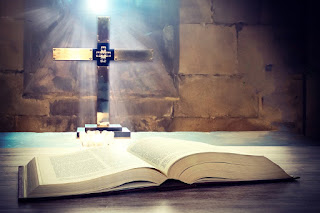 The Bible is clear. A man, an individual, will arise in the latter days and will be the antichrist. Satan does not know God’s timetable, and so the devil has had many men who could have fulfilled that role. Hitler was a prototype, a forerunner of the antichrist spoken of in the book of Revelation.

While the words “rapture,” “millennium,” “second coming,” and “antichrist” may not be explicitly used in the book of Revelation, as pointed out by Simmons, other words meaning the same thing do appear.

Again, I urge the reader, if you watch this video, take the time to examine Simmons’ words and compare them to what God says in His Word. I certainly would not trust Simmons’ interpretation of Scripture in his Passion Translation of the Bible.

The church is no longer on earth when God pours out His wrath. God’s wrath historically has never been poured out on the believers. Think of Sodom and Gomorrah when God delivered Lot and his family from judgment. Think of Noah and how God saved “a righteous man” and his family. To think this man is preaching such heresy is unsettling. He’s fooled a good friend of mine, and I am sure he has deceived many others.

Simmons said, “The judgments of the world are actually against our self-life.” This quote is an inaccurate interpretation of Scripture. Nations will be judged. Remember what Jesus said when He spoke of the sheep and the goats. When Jesus returns, the nations will be judged on how they treated the Jews.

In Matthew 25:31-32, Jesus said: “When the Son of Man comes in His glory, and all the angels with Him, He will sit on His glorious throne. All the nations will be gathered before Him, and He will separate the people one from another as a shepherd separates the sheep from the goats.” (NIV)

The nations who have treated the Jews poorly will not survive into the millennium. Yes, there is a literal millennium when Jesus reigns from Jerusalem. Read Isaiah, the last couple of chapters, where Isaiah speaks about this time of peace for Israel.

It is not surprising that Simmons could not explain the references to the inability to buy or sell if one has the mark of the beast. Scripture clearly shows that the antichrist takes control of the world’s economic system. There is no need to allegorize what is understandable. Again, do not listen to this man’s false teachings.

Also, Simmons’ comments on “the beast” is within us—that is very troubling. I do not have the beast within me. The Holy Spirit resides in me. I am a sinner, saved by the grace of God. I am a new creature in Christ. Nowhere in Scripture is there any doctrine or even a hint or idea that believers are inhabited by a beast. The beast is not the flesh of man, as Simmons says.

Simmons asks the question, “How can you blessed if a billion people are going to be slaughtered?” The book of Revelation enumerates seven specific blessings. They are as follows: 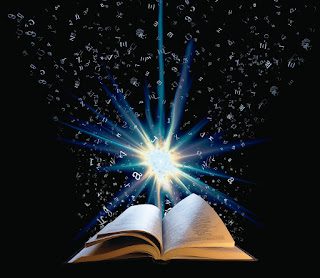 Blessed is he who reads and those who hear the words of this prophecy and keep those things which are written in it; for the time is near. (Rev 1:3 NKJV)

“Behold, I am coming as a thief. Blessed is he who watches, and keeps his garments, lest he walk naked and they see his shame.”(Rev 16:15 NKJ)

Then he said to me, “Write: ‘Blessed are those who are called to the marriage supper of the Lamb!’” And he said to me, “These are the true sayings of God.” (Rev 19:19 NKJV)

Blessed and holy is he who has a part in the first resurrection. Over such the second death has no power, but they shall be priests of God and Christ and shall reign with Him a thousand years. (Rev 20:6 NKJV)

“Behold, I am coming quickly! Blessed is he who keeps the words of the prophecy of this book.” (Rev 22:7 NKJV)

Blessed are those who do His commandments, that they may have the right to the tree of life and may enter through the gates into the city. (Rev 22:14 NKJV)

To ask, how can we be blessed when a billion people are being slaughtered is akin to asking how can we be blessed when Jesus died on the cross. Simmons is making a mockery of salvation. “…blessed are the dead who die in the Lord from now on.” (emphasis mine) Those who die without the Lord will spend eternity in hell. Is it not a sign of God’s grace that He gives every last human a chance to repent, even at this late hour?

Revelation 14:6 states: “Then I saw another angel flying in the midst of heaven, having the everlasting gospel to preach to those who dwell on the earth—to every nation, tribe, tongue, and people”— this is the final witness to the earth-dwellers of God’s love. God literally sends an angel one last time to the unbelievers around the world urging them to “repent and believe in Jesus.”

Simmons says much of the Bible is allegorical. There are many instances where the Bible uses allegory. I love allegory, and I use it in my Seventh Dimension Series. However, some things one should not allegorize. Furthermore, if one does, he better be sure there is not a literal interpretation that fits the meaning of the passage.

In my opinion, Dr. Brian Simmons’ interpretations of Revelation are flawed and gnostic. Stay away from him. Patricia King, the host, seems like a very warm and welcoming person. However, I have to question her judgment to give someone a platform to speak whose interpretation of the book of Revelation is so contrary to the norms of traditional Biblical interpretation which has hallmarked the spirit-filled church for the last two thousand years.

One final comment: I believe, as he mentions in this YouTube video, revival is coming. In some parts of the world, revival is happening as I write. Simmons mentioned Nepal explicitly. My oldest daughter is from Nepal. I adopted her at the age of three and spent two weeks going through the adoption process in-country. I can say while I was in Kathmandu, I felt the extreme darkness of a country worshipping the false gods of Hinduism. I have only felt that kind of oppression twice in my life, and one of those times was while I was in Nepal.

That was over twenty years ago. I went back to Nepal recently and took over three hundred Christian books from John 3:16 Network Authors to help build a church library. 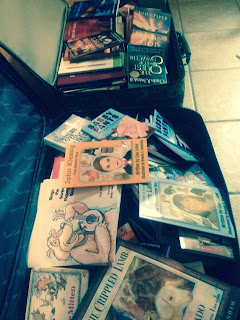 My younger daughter, Joy, went with me, and we had several opportunities to share our faith and minister to orphans. As Simmons said in this video, the church has exploded in Nepal, and as a result, the government has cracked down on sharing the Gospel.

In this instance, I think what Simmons shared is visionary for what will happen and is happening all over the world. We must seize the moment and occupy wherever we are, sharing our faith boldly—in the workplace, among friends, and sending missionaries to the far reaches of the planet. Whatever God has called you to do, do it well. Don’t wait. Jesus could return at any moment. There is absolutely nothing that must happen first.

2 Thessalonians 2:3 states: “Let no one deceive you by any means; for that Day will not come unless the falling away comes first, and the man of sin is revealed, the son of perdition…”

The falling away is coming, and the man of sin will be revealed during that falling away. Today is the time of grace, the church age. The time is ripe for a revival. What are you doing to speed the Lord’s return? If you aren’t doing something, get busy. The lives of millions are at stake. We must reach the unsaved—use your gifts that God has given you lest God comes along and gives them to someone else because you squandered your opportunity to serve Him. 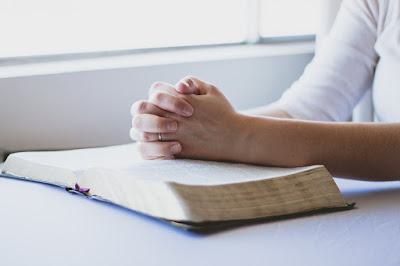 Be busy about the Lord’s work. I urge everyone reading this blog post, please, please, be a Berean. Don’t take my word for it. Don’t take anyone’s word for it. Think about God’s Word. Meditate on it. Deception will be rampant in the last days, and the only way not to be deceived is to know the Scriptures. Be diligent and mindful. Pray. Don’t be lazy! In due time, we will see God face to face. Let us look forward to that day and hasten His return.

Posted by Lorilyn Roberts at 4:30 PM