The World of Charles Dickens, Closed Captioning, and Writing Books

A Guest Interview with Lorilyn Roberts
The World of Charles Dickens, Closed Captioning, and Writing Books
As appeared on the blog of Tom Blubauch earlier this year 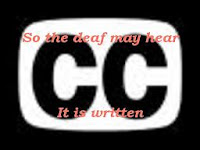 By signing the petition, it will send a message to the FCC to pass legislation. We have all witnessed poor captions, and it’s frustrating to see the deterioration. Part of the reason is because there is no minimum standard for broadcast captioning. It’s basically whoever bids the lowest gets the contract. It would be like a lawyer practicing who never passed a bar exam; but he can get lots of work by charging less. If you don’t have a minimum standard, it allows companies who aren’t highly qualified to underbid those who are. And personally, it’s very discouraging to make less money today than ten years ago for the same amount of work.
Most states have licensing requirements for court reporters, but captioning has slipped through the cracks. Many excellent captioners have moved back into court reporting or are providing CART services for students in academic settings where the hourly rate is significantly higher.
Please take a moment and let the FCC know what it means to you to have quality captioning. A significant percent of the American population is either deaf or hard of hearing, meaning between nine and 22 out of every 1,000 people. Here is the link: http://www.thepetitionsite.com/3/so-that-the-deaf-may-hear-it-is-written/
Please feel free to forward the link to anyone who would be willing to sign it.
I have also produced an educational and entertaining captioning video, CAT Captions for Television, starring my cat. CAT stands for computer-aided-transcription. You can find the link at: http://www.youtube.com/watch?v=sw7MkTLmSYk
Again, thank you for letting me share. In the meantime, you might just “see” me streaming live on your television if I am not working on my next book.
Lorilyn has homeschooled her daughters for the past fifteen years. She has published two books, The Donkey and the King and Children of Dreams; is president of the Gainesville, Florida, Word Weavers Chapter; and the founder of the John 3:16 Marketing Network.
Lorilyn's personal website can be found at http://lorilynroberts.com and her blog is at http://lorilynroberts.blogspot.com. You can check out her Facebook fan page where she shares writing tips at http://www.facebook.com/pages/Author-Lorilyn-Roberts-Fan-Page/144049365650301 Also be sure to follow her on Twitter at https://twitter.com/#!/llwroberts. To learn more about the John 316 Marketing Network, visit http://www.john316mn.blogspot.com
Posted by Lorilyn Roberts at 1:52 AM