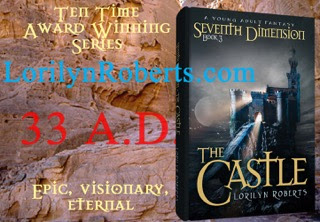 The Seventh Dimension Award-Winning Series continues in "The Castle"

Haunted by a recurring dream of his missing father in a mysterious castle, 17-year-old Daniel is captured by the Romans and finds asylum in the Temple. There he discovers a scroll that reveals his future concerning a wager between good and evil.

But the stakes are raised when he witnesses the trial and crucifixion of Yeshua. The convergence of time with supernatural events creates a suspenseful ending and leads to the fourth and final book in the Seventh Dimension Series, The City.


I turned my attention to a group of men further away, where angry voices disturbed the temple ambience. Their attire meant they were priests and members of the council. I drew closer to listen.
“We must find a way to trap him.”
“Trap him with his own words? Annas, forget it. We’ve tried that.”
“We need to arrest him and bring him in for questioning, but it has to be when his followers aren’t around.”
“He needs to be put to death,” Annas insisted. “He’s a threat to our power. The masses hang on every word he says.”
“Where does he go at night?” another asked.
The priests gazed at one another. No one had an answer.
“If we could find out, put a spy on Yeshua and bring him in when the people are still asleep—”
“We need a volunteer.”
The eyes of the holy men searched the cloister.
“We don’t have much time,” another said. “This has to be done before the start of Pesach.”
“That’s impossible.”
A priest threw up his hands. “What do you suggest?”
Two men had separated themselves from the rest towards the back of the cloister. I slipped closer to listen.
The men were elderly members of the council, but they weren’t dressed in priestly robes. They were probably Pharisees.
One of them ran his hand through his beard. “Once I asked the sage how I could be born again.”
“What did he say to you, Nicodemus?
“Joseph, I’ve never shared this with another member of the council.
“You have my confidence.”
Nicodemus touched his beard again. “He said that until a man is born again, he cannot see the kingdom of God.”
Joseph palmed up his hands. “We need the kingdom of God now. How can we see it?”
Nicodemus glanced at the temple. “Ask God to reveal to us the truth.”
Joseph raised his eyebrow. “I know the truth.”
“How can you be sure what truth is?” Nicodemus asked.
“I’ve known Yeshua since he was young. He’s the fulfillment of the Messianic prophecies.”
Nicodemus snatched Joseph’s hands. “Why don’t you tell the high priest?”
Joseph shook his head. “I keep praying God will open his eyes, as he has opened yours and mine.”
Nicodemus warned, “If they capture him, they’ll kill him. We can’t let that happen.”
I dropped my head and turned away. If two members of the council couldn’t change events, who could? Messiah or not, did he have to die? If time was an illusion, how many different pasts could exist? The futility of being stuck in the first century grieved me if I couldn’t change it. What was God’s purpose bringing me here? Surely, this wasn’t God’s appointed time—that couldn’t be changed—unless Yeshua was who he claimed to be. 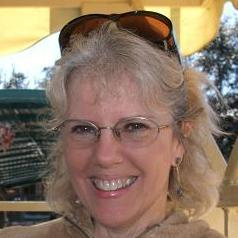 Lorilyn Roberts is an award-winning Christian author who writes for the young and the young at heart.

Website at LorilynRoberts.com
Posted by Lorilyn Roberts at 4:28 AM