Complete List of Awards the Seventh Dimension Series Has Won 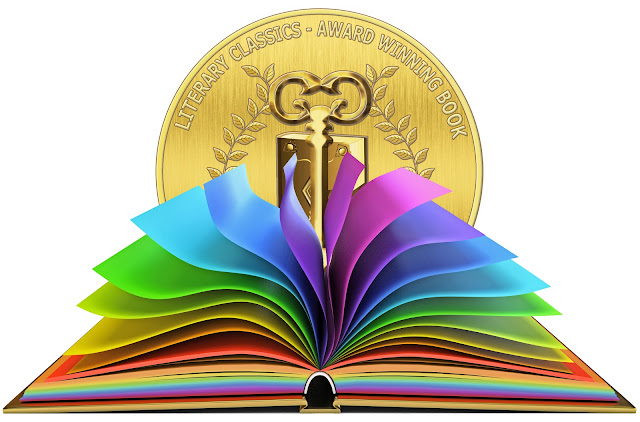 Winning awards has been great validation for my passion, tenacity, and hard work writing books, but I don't take it for granted that every book will win anything. Like an athlete, I'm constantly striving to make each book better, spending months researching and thinking about the plot before I ever write the first word.

The next book in the Seventh Dimension Series will be book five. In the meantime, as I research and read books dealing with Islam - yes, a hint about book five - I felt led to share all the awards the series has won so far. Many friends and readers are unaware of how many I've accumulated.

Next month, I'm going to Las Vegas to receive an award for The City from Literary Classics. I've never been to any ceremonies for the awards I've won, so I'm looking forward to being a "celebrity" of sorts for an evening. Maybe I'll have a photo snapped that I will post on my blog. I guess that means I need to buy some new clothes and get my hair done so, as my kids say, I'll look presentable. Maybe that's just what I needed, a good excuse to indulge myself and pull myself away from the computer.

Posted by Lorilyn Roberts at 3:49 AM