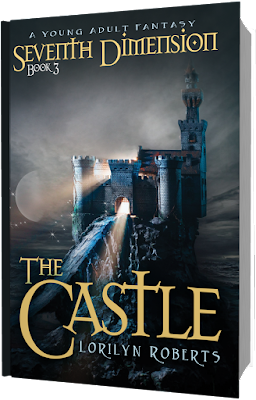 I sensed I was no longer in the garden. In front of me was a cave.

When I stood, I ached all over.

Somebody approached. I ran and hid.

A Roman official accompanied by two men in chains became visible. Another guard brought up the rear. The four men stopped at the entrance to the cave.

One of the prisoners said, “We rolled this huge boulder up to the entrance. It must weigh four thousand pounds. And we sealed it to make sure no one moved it—even if they were strong enough.”

The official picked up a rock and slammed it on the ground. “Yet it was moved. How did the rabble-rouser escape? A dead man doesn’t climb out of a grave.”

“A thief stole the body,” one of the men said.

“Did you fall asleep?” the official asked.

“No, we did not fall asleep. We took turns sleeping. Someone was always awake.”

The official glared at them. “How could someone have stolen the body if you didn’t fall asleep?”

They exchanged glances. “We don’t know.” 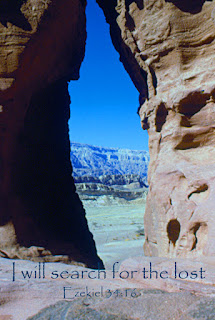 “We must make up a story,” the official said. “We’ll tell Pilate Yeshua’s disciples stole his body. We’ll give you money to keep quiet, and you can pray you aren’t executed for leaving your post.”

One of the soldiers insisted, “He was gone when we left. We didn’t leave our post.”

One of the men remarked, “See how the boulder is rolled away. Up a slope, not back from the entrance but away from the entire sepulcher. It would have taken several men to move it that distance. How could no one have heard anything? Other guards were nearby.”

The official smirked. “So the rock moved on its own. Yeshua’s disciples slipped in and stole his body, even though you were awake and saw no one?”
“We didn’t fall asleep. There must be another explanation.”

The official fumed. “You can give that other explanation to Pilate before your execution.”

The officials stomped off with their imprisoned former guards. After a couple of minutes, their voices faded in the distance.

The urgency to get Shale’s diary made me impatient to leave, but my body didn’t want to cooperate. I ached all over, including my head, but I was also anxious to examine the empty tomb. How fortunate I was to have stumbled upon it.

Before I moved, another person approached. I stayed hidden.

I waved at him from behind the trees. “What are you doing here?”

He trotted over to me. “I found you at last.”

“What are you doing here?” I asked again.

“Well,” Mark stammered. “I wanted to follow you. I lost you when you galloped away, but I had a feeling you were going to the garden. I didn’t find you there, but I found your horse.”

Mark was too smart for his own good.

“After hearing what Mary of Magdala said, I wanted to visit the tomb. Alas, I find you here.”

“You seem to have a habit of secretly following people,” I remarked.
The boy dismounted. “Only people I care about. Besides, someone was about to steal your horse. I ran him off.”

I sighed. “Thank you. I didn’t think about that.”

I had an idea. “Mark, would you like to keep Truth for a while?”

“I need to go to Galilee and return Baruch to his owner.”

“Who is Baruch?” Mark asked.

“The donkey. He’s near the garden entrance. And you can’t follow me to Galilee.”

Mark laughed. “I have no desire to follow you to Galilee. That’s a long way.”

Mark glanced at the tomb. “Did you check inside the sepulcher?”

I shook my head. “No. The Romans just left a minute ago. I haven’t had a chance.”

“Let’s go see.” Mark ran over and I followed.

All that remained was Yeshua’s grave clothes. The wrappings were in the position of a body, slightly caved in, and empty.

“It’s like he left his clothes behind,” Mark commented.

“You would know about that, wouldn’t you?” I responded.

Mark turned red in the face. “That’s not funny, you know.”

I shook my head. That was poor comic relief. “I feel nervous being here. It’s too weird.”

I put my hand on his shoulder. “We need to leave before they discover something else.”

“Mary must be right,” exclaimed Mark. “I had to see for myself.”

“Which way is it to the garden? I’m worried about Baruch.”

“How can you not remember?” Mark asked.

“I hit my head yesterday when I fell. It affected my memory.” That was partially true.

We returned to the garden and found Baruch waiting in the back where Shale and I had left him.

“Do you want some apples?” Mark offered. “I found these.”

He pulled out several and handed me one. He also gave some to Truth and Baruch. “Donkeys love apples, too.”

As I put the apple in my bag, distant voices filled the garden. How long would it be before they found Judas’s body and the dead guard?

“Mark, we need to leave. Promise me you will take Truth and go back to Bethany now?”

I helped him on the horse. “Thank you for taking care of Truth.”

I slapped the horse’s rear and watched as they cantered away. Once they disappeared, I mounted Baruch.

The donkey barely moved. I’d forgotten how slow donkeys were. But at last, he did move—at a donkey’s pace. When we reached the main road to Galilee, his slow speed didn’t matter. Hundreds of weary travelers were also traveling home.

While I was grateful for the crowds to help hide me from the Romans, getting there quickly was another matter. We would need to stay overnight in Dothan as the trip to Galilee would take longer than I anticipated.