The Thanksgiving I Will Never Forget

Many years ago, I sat with my dad on the front porch one summer night in Marietta, Georgia. The stars shone brightly overhead, and the chirping of nightlife filled the air. We got into a discussion about whether we would live to see the turn of the century. I was a young teen at the time, but my dad was in his 40’s.

Both his parents died when he was young, so his words hung in the air, pressing in on me that I would probably outlive him and my mom, although my mother’s side of the family is long-lived—typically into their 90’s. My mom is approaching that age in 2021. Sadly, my dad didn’t make it to 2000. He passed away in 1994 from a brain tumor, but he was close.

My dad used to say that even though his body had aged, his mind was still the same as when he was young. I never understood what he meant when I was young. I suppose if you get Alzheimer’s, that’s not the case, but the thought that your mind doesn’t age like your body does is intriguing. How can that be?

As I continue to stretch myself doing things I never imagined, I hope it will help keep my mind spry. I am learning Morse Code and pondering what my first sentence will be when I go on the airwaves. The biggest adjustment will be instead of sending out captions at 260 plus words per minute, I’ll be “competent” if I can send out ten words per minute using C.W.

I just applied for Social Security and will be retiring at the end of the year. Where does the time go? I remember a poem I wrote by that title when I was around fifteen. Because my mother loved it so much, I even turned it into a song.

It’s so easy to lose track of years as they come and go and not even realize decades have passed in what seems like the blink of an eye. Since August, I’ve been an empty nester. Both my daughters have moved out. I even needed to replace the 20-year-old van that I bought when Joy was still an infant.

While I might be sounding a little melancholy, I’m thankful to be alive. And this Thanksgiving, I wanted to focus on how grateful I am for all the blessings God has given me.

I asked myself, what is my favorite Thanksgiving? At sixty-six, I’ve lived through quite a few. And the answer came almost as quickly as I asked the question. I want to share an extraordinary Thanksgiving story from when I was seven.

My mom and adoptive father married on November 3, 1962. Three weeks later, that Thanksgiving holiday, my life changed forever. The arrival of my childhood pet is a story made for Hollywood. But God wrote it for me before the foundations of the world.

At a tenuous time when my mother had just remarried, because we moved to a different area of Atlanta, I had to switch schools. I was a lonely, confused kid. Being forced to repeat first grade didn’t help. But God had His eyes on me. He knew I needed a special friend. Our loving, heavenly Father sent me a stray dog that taught me more about God and the meaning of love than most seven-year-olds could ever understand. That is—unless it was someone like me, someone who needed the kind of love only a dog can give.

Here is an excerpt from my recently published book, Tails and Purrs for the Heart and Soul. 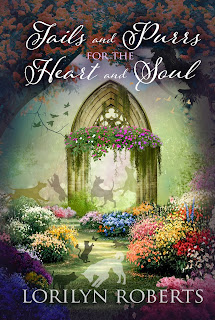 One morning I awoke from a fantasy world more thrilling than Disney could ever create. I felt a wet, warm kiss on my cheek. When I opened my eyes and saw a dog, I wrapped my arms around her.

“Who are you?” I asked. As my dreamy eyes focused, I saw she was white, and somehow, she had walked into the house, run up the stairs, and found me in bed.

My mother stood across from me with a smile etched across her face.

I patted the dog’s head. “Where did she come from?”

“This is Gypsy. We’re going to keep her,” she said.

I blinked to make sure I hadn’t died and gone to heaven. Not that I even knew where that was, but I wanted to make sure I wasn’t starring in a Hollywood movie. Surely this was just make-believe.

A prominent movie director in New York once tried to convince my mother to let him take me to Hollywood. My mother said no, and I lost my only bid for Hollywood stardom. Instead, Hollywood discovered Hayley Mills. Everybody, when I was young, compared me to her. I’ve heard it said everybody has a twin. Hayley Mills was mine.

Everything faded into the bedroom walls as I focused on the bouncy white, playful pearl. While some might argue we saved her from a wretched life on the streets, I’d say she saved me from a very challenging, lonely childhood. Is dog not God spelled backward?

Mother told me how the night before, Gypsy snuck into the apartment through the door with my stepfather—who I call Dad for the remainder of the book—when he returned from the store to buy milk.

Soon Gypsy became my faithful companion and playmate. When I came home from school, she would be waiting for me at the door. I invented games to play with her. I would place my hand underneath the blanket and move it around, and Gypsy would “fetch” it with her mouth. I soon learned how much dogs love to chew on shoes, slippers, and record covers.

When I came home from school, I could hardly wait to walk her. When we returned after each walk, I would announce how many times Gypsy had used the bathroom, both number one and number two, to validate I was the best dog walker in the world. I cleaned up after her when she made a mess so nobody would know. I always had a deep-seated fear I might lose her.

One afternoon I arrived home from school, and I knew something was wrong. Gypsy didn’t greet me at the door, and I ran through the house looking for her.

“She’s gone,” my mother told me. “The apartment manager said we couldn’t keep her, and your father took her to a protected area. Don’t worry. She’ll be fine.”

“Where did he take her?”

My mother paused before continuing. “You know the apartment complex doesn’t allow dogs. We had no choice.”

My heart broke. I knew it might come to this. I’d overheard the whispers. I ran out of the room and up the stairs to my bedroom. Burying my face in the pillow, I cried. Gypsy was gone. I didn’t want to believe I would never see her again. Even at eight, I believed in miracles.

That night thunderbolts crashed outside my bedroom, and lightning pierced through the window shades. I imagined Gypsy in the darkness. I could feel her fur against my skin and see her dark, brown eyes pleading for me. I twisted and turned in bed as peals of thunder bounced off the walls. If Gypsy ever found her way back, I vowed to run away with her. I would never let anybody take her from me again.

The next day came and went. She didn’t return. I went to school, hoping she would find her way back.

After another stormy night, Wednesday arrived, the day before Thanksgiving. We were packing things to visit my new father’s family in North Carolina. My mother had recently remarried. We had yet to meet the extended family of her new husband—a brother and three sisters.

I kept looking up the hill in front of the apartment, imagining that I would see my dog come flying over the rise in the road. I knew it was almost impossible, but I hoped. I made one last trip to my bedroom. The car was loaded, and we were ready to leave. I picked up my pillow and remembered the first morning Gypsy awoke me and licked me on the face.

“God, please help Gypsy to find her way back.”

I walked out the door to get into the car. Glancing one last time up the hill, I saw something white. Was it, could it be—I dropped my pillow and started to run. My mind raced, and I ran as fast as my legs would move. It couldn’t be—but it was.

Tattered and dirty and barking excitedly, Gypsy ran toward me, flashing her tail in the wind. She had survived two nights of bad weather and found her way home through a raging storm. If she had arrived two minutes later, we would have been on the road.

I crouched down and held her as she whimpered and licked my face. I didn’t know I could laugh and cry at the same time, but one thing I did know—God brought Gypsy back to me. “I will never let go of you,” I promised.

Gypsy squealed. For the first time, I believed in God. 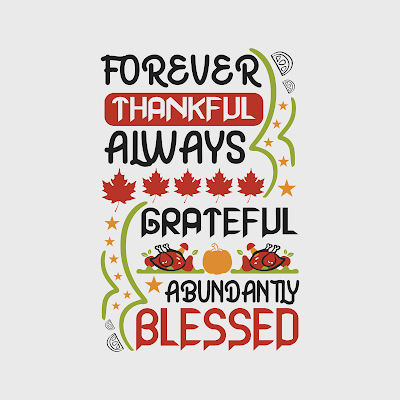 All these years later, my faith in God remains steadfast. And as I wrote in my book Tails and Purrs for the Heart and Soul, I know I will see Gypsy again. My younger daughter Joy and her roommates recently adopted a dog from the local humane society. I’m smiling on the inside. The Roberts’ tradition lives on with my children, and that brings me great joy this Thanksgiving.

To learn more about my memoir, Tails and Purrs for the Heart and Soul, click on this link.

Posted by Lorilyn Roberts at 1:46 AM