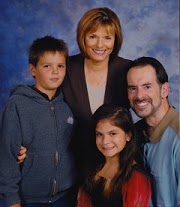 ﻿What is it like not to hear and live in a world of absolute silence? While I have spent the last twelve years providing closed-captioning for the deaf and hard-of-hearing, on a personal level, I had no idea what it meant to be deaf. As I see the degradation in caption quality due to pressures within the industry, I decided to do a little research. I wondered how poor captions would affect someone who relies on them to communicate, have access to information, and live a normal life. In the process, I met Bill Graham, a late-deafened adult. I asked him if he would be willing to share his personal story and his experience with closed-captioning. It was an eye-opener for me to get a “snapshot” into the life of Bill as someone who depends on television captioning every day.


LORILYN: Bill, thank you for taking a few minutes to talk with us. Were you born deaf?


BILL: No, I wasn't born deaf. I gradually lost my hearing, and by the time I was 25, I couldn't use the phone anymore. I consider that as the age I became deaf. I didn't know anyone who was deaf and I wouldn't admit to people, even friends, that I couldn't hear. I bluffed my way through life for years, lip-reading as well as I could and translating body language. Not surprisingly, this was very stressful. I began to learn sign language in my late 20's and tried to get involved with the Deaf community. I liked Deaf people a lot, except I couldn't understand their ASL. And I didn't fit in all that well with hard-of-hearing people either as assistive devices were useless for me. When I was 35, I co-founded the Association of Late-Deafened Adults (ALDA). People in ALDA share my experience of growing up hearing and becoming deaf as an adult. It can be a powerful bond.


LORILYN: Tell us about your family.


BILL: My wife Karen is CEO of SignOn, a sign language interpreting agency. She was a social worker when we met at a bowling benefit. I bowled over 200 so that qualified me for a date. Later Karen worked as a psychotherapist before co-founding SignOn. We adopted two children from the former Soviet Union: Eva, from the Republic of Georgia, now 14; and Tony, from Northwestern Russia, now 12. They're our darlings—the best reason we have for working and staying out of trouble. Everyone in my family is hearing except me—even the cat and two dogs.


LORILYN: Share with us a little about your life, your occupation, hobbies, or anything else that would be interesting.


BILL: I grew up in a blue-collar neighborhood on the South Side of Chicago. Like all my friends I did sports: baseball, basketball, tennis, golf, whatever. I played semi-pro baseball and was most valuable player on my college team. Go, Bill! As I became deaf, I also became something of a loner. I threw parties and arranged happy hours, but I was always on the periphery, a personable mascot. After I learned sign language, I got involved with deaf activities. One of my favorites was Chicagoland Advocates for Signed Theater (CAST). A friend and I did a triathlon to raise money for CAST; the four-day Border-to-Border Triathlon from the southwestern corner of Minnesota to the Boundary Waters at the northern border, consisting of 435 miles of biking, 50 miles of running, and 50 miles of canoeing. I was in shape back then.


As a single guy I took most of my vacations by bike. Once I took a train to Kansas City and biked back to Chicago; every day was in the 90's with high humidity. I don't recommend it. I did ten or 11 marathons and many regular triathlons.


ALDA didn't just come into my life. it dominated it for years. But I was a lucky duck; the organization identified a new segment of the deaf/hoh world—late deafened adults; and I got a lot more attention than I deserved along the way. I was named to numerous disability-related national boards: VITAC's Captioned Viewer Advisory Panel, Lighthouse International, the National Court Reporters Foundation, the Gallaudet University Board of Trustees, and others. I was profiled in the book Great Deaf Americans...It was quite a ride.


My entire professional career has been in publishing. I was an editor at The World Book Encyclopedia for 18 years and served as Managing Editor of Microsoft Encarta Encyclopedia for 12 years. I got laid off last year and after a year of scrambling as an editorial consultant, I decided to get back into the disability world on a professional basis. My first gig is a part-time position as Director of Advocacy and Education with Alternative Communication Services (ACS), a CART/captioning company. I'm having a great time, and there's so much to do: educating organizations about the need for realtime captioning is an endless and formidable job....hopefully, soon it won't be!


LORILYN: Do you use captions?


BILL: I’m not sure I would have been successful without captioning. I know for sure ALDA never would have thrived without CART—for deafened adults, communication is a special challenge; some of us lip-read, some of us sign, some of us hear with cochlear implants, and some of us do none of the above. The only way for us all to communicate together is through realtime captioning. CART is the cornerstone of ALDA. At work I’ve used remote CART a heckuva lot of times. Once when I had a meeting in Dublin, Denise Phipps realtimed the meeting from Nevada; she worked from 2 a.m. well through the morning. Pretty cool (for me). At Microsoft I helped drive the inclusion of closed captions in Encarta, the first multimedia reference product to have captioning. What would I have done without captioning? Oh, I dunno, but surely something else.


LORILYN: If you had a chance to tell the FCC what captions mean to you, what would you tell them?


BILL: I would tell them what I’ve told you here: Captioning has been an essential, critical, and irreplaceable tool in my success on the job and in my family life. Without captioning, I probably wouldn’t watch television with my wife and kids. That would make our family room a family room minus one. I don’t want to be left out. I was a mascot long enough.


SCAG (Standards Captioning Action Group) hopes to reach 20,000 signatures on the “Petition to the FCC to Mandate a Standard for Television Captioning.” Your signature will encourage the FCC to institute a minimum standard to ensure quality captioning into the future. Thank you for making a difference. To sign (it only takes seconds), go to http://www.thepetitionsite.com/3/so-that-the-deaf-may-hear-it-is-written/

Posted by Lorilyn Roberts at 9:08 PM