I Feel Like a Stranger in a Strange Land 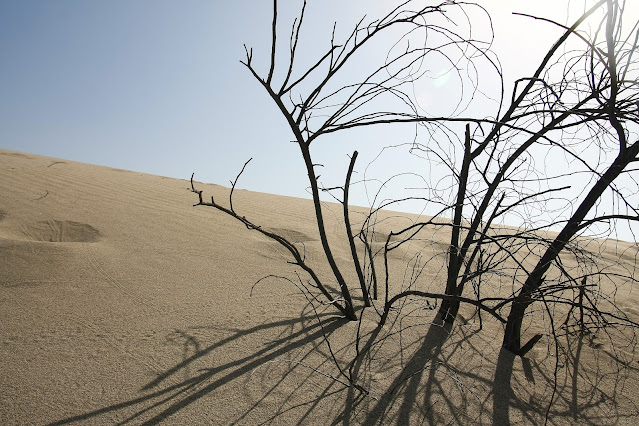 Someone sent me the video below by award-winning author Andrew Claven. His words so encouraged me I wanted to share them and add some of my own insights.

While hard to admit, recently, I’ve found it difficult to blog. The world is so upside-down; where do you even start? And when your own “creative works for the Lord” become the target of removal from the web, you begin to wonder, what difference can I make?

YouTube struck down my video of my trip to Washington, D.C., on January 6, 2021, claiming copyright infringement. Of course, we know that was a cover-up for the real reason—censorship. My video didn’t comport with what the Washington bureaucracy wanted the public to believe happened on that day.

Almost a year and a half later, the only acceptable narrative is that Trump supporters caused an insurrection on Capitol Hill.

I shot the raw footage myself, except for a tiny clip my friend who accompanied me gave me. I edited nothing. I made no narration and used one Bible quote from Isaiah 5:20 (NIV): “Woe to those who call evil good and good evil, who put darkness for light and light for darkness, who put bitter for sweet and sweet for bitter.”

I’ve included the link to that video from the social platform Rumble for anybody who wishes to watch it. 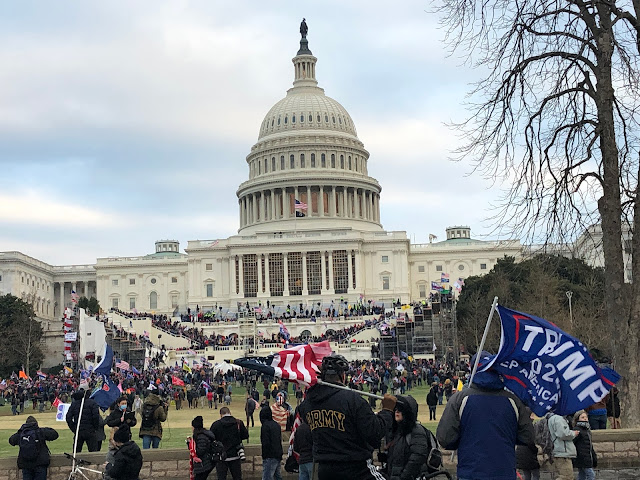 I wrote a reply to YouTube (they never responded), explaining that I created the video as a first-hand account of what I saw and witnessed that day for historical purposes. I’ve never made a cent from any videos I’ve uploaded to YouTube, and my subscribers, the last time I checked, are less than a hundred. But YouTube felt the need to take it down. Why?

There are days I struggle not to be down about the world’s affairs. I used to love to caption news as I felt that my skills to write the spoken word glorified God. I could help the deaf or hard of hearing know what was happening in real-time as if they could hear it being spoken. I spent decades developing and perfecting the skill. Thousands of briefs live in my head to help me write at the extraordinary speed necessary to caption live words said by reporters in as little time as possible.

Then Covid hit. I’ll spare you the details. But the news changed. No longer was it news—it was one narrative from every news station—almost verbatim, whether I was captioning local news out of California, Connecticut, or New Mexico.

That was disturbing because that meant every local news outlet was getting their information from the same source. I questioned—is this free press? What about those people who disagree?

In the middle of that, the election and suppression of information questioning the outcome took the nation by storm. The absolute “word” on the news beat was Biden had won, and anything to the contrary was an inaccurate conspiracy theory, or Trump supporters suffering from derangement syndrome.

Then the vaccine became available, and the push was to get every living human vaccinated. They probably would have advocated vaccinating dead people if they thought they could get money. Seriously, I’ve never seen such over-the-top, in-your-face propaganda in my long life (and I can say that now). I’d say it’s unprecedented in American history. I’ll just say one thing about that: It was never about vaccines. 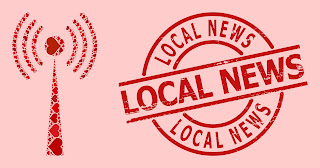 The turning point in all of this for me was personal. One evening I was captioning a segment about vaccines, and the reporter said more than once that the vaccine was safe for pregnant women. As I was writing these words being read by hundreds of thousands of people in real-time, I knew what I was writing was a lie.

Whether the vaccine is safe for anybody is open to question. But the vaccine was never tested on pregnant women. So how can you even make such a statement?

I thought about the six million Jews and the two hundred million others whom Adolph Hitler murdered in concentration camps and gas chambers. Hitler didn’t personally kill all those people. He had followers who did it for him—who carried out his orders without question, forced the Jews into the gas chambers, took their belongings, and killed them. Where was their conscience? 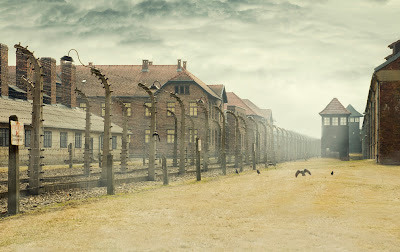 They must have known what they were doing was wrong. How can you kill someone who has committed no crime and not have that guilt convict you?

Romans 1:28 (NASB) states: “God gave them over to a depraved mind, to do those things which are not proper.”

God pricked my conscience, “You are writing words that you know aren’t true. You are spreading lies, using the gift of writing that I’ve given you in a way that does not glorify Me.”

I never understood the power of evil—until now. How easy it is to say, “I was just doing my job.” You fill in the blank. My job of providing closed captioning was now requiring me to write lies. Was I going to keep doing this? If so, how was I any different from a Nazi?

Once God convicted me, I couldn’t do it anymore. I quit writing local news. Someday I will stand before God and account for every word I’ve uttered and every word I’ve written. I asked God to forgive me.

However, I thought it would be okay to write conservative national news. So, I volunteered for several hours of Fox News—Sean Hannity, Tucker Carlson, shows of that ilk. I captioned one hour of Tucker Carlson, and my modem broke. Then programming mysteriously disappeared from my schedule. I questioned the schedulers, and no one knew where those shows went or why they removed them.

Shortly after that, I was reminded of something that I’d forgotten. On election night, I was captioning election results for a California local station, and I had Fox News on to monitor the national front. If you’ve forgotten, Fox News was the first station to call several key states for Biden when it made no sense. They led the way in announcing the shutdown of counting returns. I knew this had never happened before because this was the fourth presidential election I had captioned. I sensed something nefarious in the works. 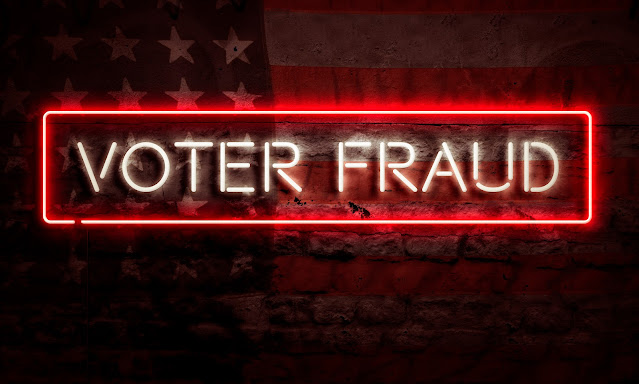 After that strange set of events, I concluded God didn’t want me to caption news. The truth is all the traditional American news outlets are different “legs” or “arms” of the same corrupt news organization(s).

There is a burden that goes with knowing the truth. I am reminded of the passage from Matthew 11:30 where Jesus said: “For my yoke is easy and my burden is light.”

Jesus does not give us burdens we can’t bear. But I feel like a stranger now in this world where truth is so elusive and where many who I thought were Christians might be tares and not wheat. 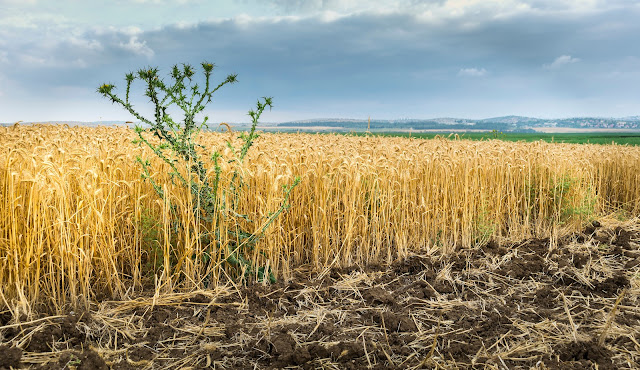 We are living in the last days. What did we think these days would look like? A walk in the park? Anyone who says we can bring in the millennium without Jesus might as well believe in the New World Order. What’s the difference?

I’m pointing this out because the subtlety of error in interpretation is demonic. 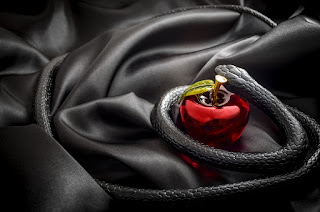 Looking at eschatology in the Bible only through the lens of symbolism requires one to throw out most of the book of Isaiah (many chapters are devoted to the Millennial Kingdom with Jesus Christ reigning from Jerusalem) and the book of Revelation (prophetic).

What does God require of us? Micah 6:8 (NIV) states: “He has shown you, O Mortal, what is good. And what does the Lord require of you? To act justly and to love mercy and to walk humbly with your God.”

God knows we are but mortals. We are blessed to see the beginning of the birth pangs harkening His return. If we do the things He has gifted us to do, we need to occupy until His return. 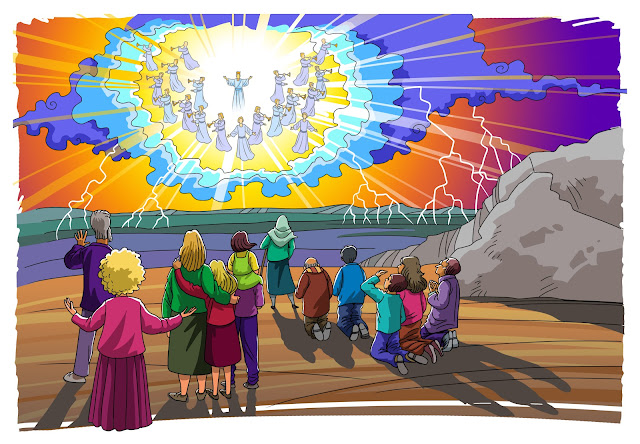 What has God called you to do? You are here for a purpose. Do that purpose.

Despite social media attempting to silence me, I will keep writing. I will keep speaking the truth. Even though the world’s burdens are immense, God has called me to carry His light burden. I will share the Gospel when it’s easy and when it isn’t. 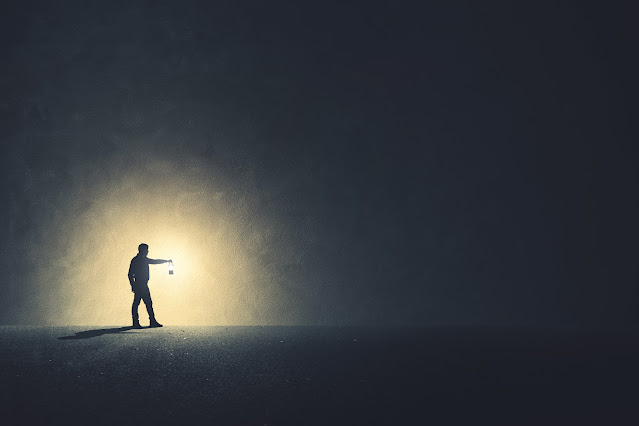 God needs all of us to be a light, no matter how big or small. In the unity of Christ, we can shine brightly among a world of lost souls (John 3:16: “For God so loved the world that He gave His one and only Son that whosoever believes in Him shall not perish but have eternal life”).

I hope you will take the time to listen to Andrew Claven’s words in the video. Inspiration can go a long way toward reviving a weary soul, encouraging those circumcised hearts in Christ to keep on keeping on.

Posted by Lorilyn Roberts at 4:06 PM 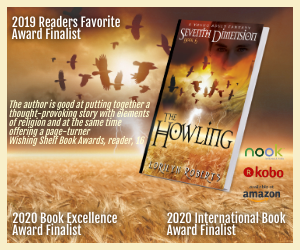